How many times do you want to install a nice app or game, but when you go to Google Play you discover that is not compatible with your device? Here’s few quick tips to install it anyway.

We know that sometimes developers on Google Play restrict compatibility to some devices because they are not perfectly optimized for that device.

In other cases developers restrict installation of the app only from a specific country.

We now have the way to fake Google Play to think you have different device and even let it think we are from a different country with a different operator.

The app is called Market Helper and it requires root permission to work.

The first thing you have to do is to setup your phone to install from apk package because Market Helper is not available on Google Play.

Now that you can install an app from an apk file we need to download Market Helper apk from the following link:

Look for the link to download and install it. After you run you’ll see the following screen:

You can setup one of the phones/tablet from the list and a country/operator and tap on Activate. It will ask you for root permission.

After few seconds it will show something like this:

It may be required 1-5 minutes to detect the new device.

You can now go to Google Play website and choose Settings from the icon on the right side of the screen:

As you can see my Galaxy Nexus is now a Galaxy S3 and my carrier is now Sprint.

If you want to restore your previous settings you just need to select Restore to everything and tap Activate. You always need to go to Google Dashboard to update your change.

While this app is easy and nice it does work only to fake Google Play to think you have a different device.

If you want to fake apps and games and you are brave enough I’ll show you an advanced way to do so.

We are going to change a system file called Build.prop. We need to be very carefully because it can create serious problem to your Android device. 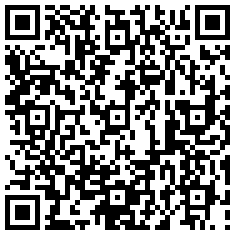 You now need to give root permission. Open ES File Explorer File Manager and tap on the top left side of the screen.

and turn On the Root Explorer option.

To be able to edit files under /system folder you have make it writable. You can do that by tapping on Root Explorer and choosing Mount R/W, then change /system to be RW:

You can now navigate to /system and you’ll see the file build.prop.

I suggest to make a backup by long pressing on it, then Copy, then navigate into your sdcard folder and tap Paste.

We can now edit it by tapping on build.prop under /system folder and choosing ES Note Editor when the system will ask which app to use.

As you can see the file has a lot of information about your device. This info are used by Android to detect informations on the current device.

When an app request to Android information about the device, Android will pick that information from this file.

You need to change the following parameters:

I’ll change it to fake Nexus 4:

We now have to reboot the device and go to Google Dashboard to let Google Play detect your new device:

Here’s a screenshot of Google Play detecting my device as a Nexus 4!

Any apps and games will detect your device as the one you configured, but this doesn’t mean every app will work.

Some apps are specifically implemented for some devices and maybe your device can’t run them.

Anyway you can always try and see if it works!

I’m a developer and during my free time I like to write article about Android and code apps/games.

Here’s the actual one:

Android Applications Customization Launcher Photo and Video Top Must Have Apps on Android
December 31, 2016 by megasoft78

How good are you at finding Synonyms and Antonyms? Click on the image to found out!

You can find out more about which cookies we are using or switch them off in settings.

This website uses cookies so that we can provide you with the best user experience possible. Cookie information is stored in your browser and performs functions such as recognising you when you return to our website and helping our team to understand which sections of the website you find most interesting and useful.

You can adjust all of your cookie settings by navigating the tabs on the left hand side.

Strictly Necessary Cookie should be enabled at all times so that we can save your preferences for cookie settings.

If you disable this cookie, we will not be able to save your preferences. This means that every time you visit this website you will need to enable or disable cookies again.