Today I’ll talk about an app that will help you to improve the speed and battery life of your Android device when you have a lot of concurrently running apps : Greenify.

One of the most common problem experienced by Android‘s users is probably related to lag when the number of installed apps increase.
This issue is not very common when you start to use your smartphone for the first time, but grows over time.
The source of the problem is seldom caused by lack of optimization in the Android OS. In fact, in most cases, it’s just because some of the apps installed are abusing your smartphone resources while running in background.

How often do you see apps running in background even if you are not using it? How often are they not doing anything important for us?

Task killers are one solution, but that is just a stop-gap measure that won’t fix the real problem in the long run.

Android generally keeps apps in memory to make it faster to reopen them at a later date and it clears the memory only when absolutely required.

A task killer would merely temporarily free a bit of memory, but in many situations Android will reopen the apps again after a while.

The process of opening and closing apps is a terrible waste of battery.

The best way to solve the problem is to tell the Android OS not to open that app in the first place by using the “hybernate” flag. That will keep that app completely closed without wasting precious battery life.

That’s where this great application called Greenify comes in, but unfortunately it requires root permissions on your smartphone in order to run.

There are plenty of guides available on the internet about how to gain root permissions for your smartphone, just give a search by specifying your particular smartphone model.

After you install and run the app you’ll see a very simple UI :

Now you can force your apps to “hibernate” by tapping on the + sign and selecting the option from the list.

As you can see Greenify will try to help you understand which apps can possibly create issues by giving you additional details of what the app is doing in background.

The hibernated app can be used normally, but remember that for some particular type of apps this may compromise its normal usage.

For example apps like Facebook Messenger or Hangouts won’t be able to send you notifications at all while hibernated. Remember to choose carefully what to hibernate.

I tried Greenify on my Samsung Galaxy Nexus and I can assure you that it improve a lot the performance and reactivity of the smartphone.

Here the Google Play link to download the app: 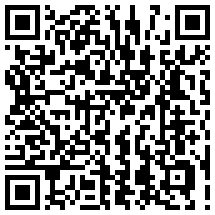 I’m a developer and during my free time I like to write article about Android and code apps/games.

Here’s the actual one:

2 comments on “Greenify : Improve speed and battery life of your Android device”

Review An Intranet Solution for App Developers
September 20, 2017 by megasoft78

How good are you at finding Synonyms and Antonyms? Click on the image to found out!

You can find out more about which cookies we are using or switch them off in settings.

This website uses cookies so that we can provide you with the best user experience possible. Cookie information is stored in your browser and performs functions such as recognising you when you return to our website and helping our team to understand which sections of the website you find most interesting and useful.

You can adjust all of your cookie settings by navigating the tabs on the left hand side.

Strictly Necessary Cookie should be enabled at all times so that we can save your preferences for cookie settings.

If you disable this cookie, we will not be able to save your preferences. This means that every time you visit this website you will need to enable or disable cookies again.